IN the latest episode of 10 Minutes With Journlaw, I interview Reporters Without Borders correspondent for Timor Leste about media freedom issues there and elsewhere in the region.

Howarth is a veteran newspaper reporter, editor and manager who has worked throughout the Australia-Asia-Pacific region for more than four decades.

He is Reporters Without Borders (RSF) correspondent for Papua New Guinea, Timor Leste and the Solomon Islands.

In this interview we talk about media freedom issues in the region.

[See a summary of my speech to last October’s journalism congress in Timor Leste in my earlier post].

Read Lindsay Murdoch’s March 5 story in The Age about the state of media freedom in East Timor here.

AN historic congress of Timor-Leste journalists held in Dili over the weekend (October 25-27) voted for their first code of ethics and a seven-member press council.

But the next hurdle for media freedom in the small Asia-Pacific nation will be a press law currently before the national parliament which it is feared will feature a journalist licensing system and criminal penalties. 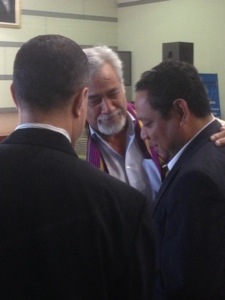 The media law proposed by a committee of journalists advising the government featured self-regulatory controls. However, the final version includes amendments proposed by the Secretary of State for Social Communication, Mr Nélio Isaac Sarmento, rumoured to include the licensing and criminal sanctions.

Opening the congress on Friday, Prime Minister Xanana Gusmao scolded journalists for not having developed adequate self-regulation when he had warned them to do so in 2009.

But he congratulated the media associations on their latest efforts to unify for a code of ethics and press council; stating that press freedom was important to democracy, but that freedom should be exercised responsibly.

More than 150 journalists in attendance on Sunday – representing several journalism associations – voted for the 10 point code of ethics, featuring a preamble affirming the importance of free expression and media self-regulation and clauses on: accuracy and impartiality, opposition to censorship, defence of the public interest, anti-discrimination, separation of fact from opinion, confidentiality of sources, quick correction of inaccuracies, rejection of plagiarism, protection of identity of victims, and rejection of financial inducements.

That final clause will present major challenges for Timor-Leste journalists, many of who freely admit to accepting payments from politicians for positive coverage.

Media sources say reporters are often paid US$5-20 at press conferences and up to US$40 by officials when accompanying ministers on tours to the provinces.

Such payments represent a substantial influence, given media outlets only pay their reporters about US$140 per month plus lunch and travel expenses.

Other problems facing the industry are a lack of training, a dependence on government advertising and the endemic drift of journalists to public service positions when they become available. This leaves editors and news directors with newsrooms staffed by inexperienced personnel.

The congress was funded by the European Union’s 1 million euro Media Support Program, co-ordinated by Portugal.

Foreign experts sharing their own countries’ experiences with self-regulation included the chairman of the Indonesian Alliance of Independent Journalists (AJI) Eko Maryadi, Christiana Chelsia Chan from the Press Council of Indonesia, Portuguese journalism academics Joaquim Fidalgo and Carlos Camponez, and @journlaw (Mark Pearson, Professor of Journalism and Social Media, Griffith University, Australia). [See a summary of my speech in my earlier post]. 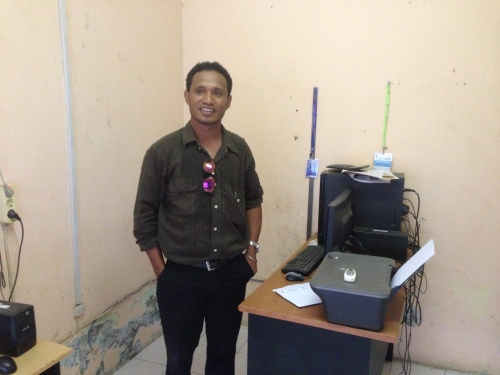 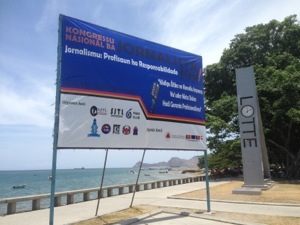 Leaders of some of Timor-Leste’s many journalism associations preside over the congress. Photo © Mark Pearson 2013

Education and training … crucial to the strength of the media in Timor-Leste. Photo © Mark Pearson 2013