Australian journalists operate under an array of ethical guidelines, including the MEAA Code of Ethics and numerous employer and industry codes of practice. 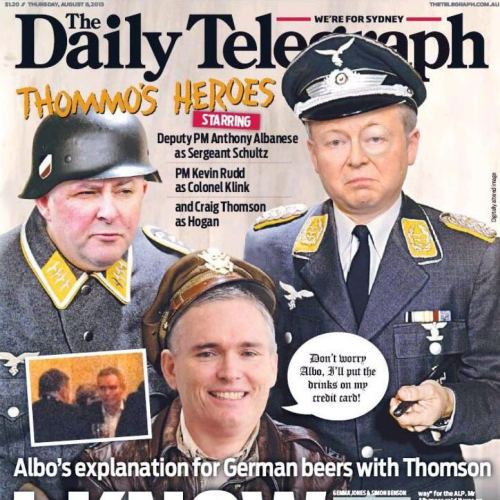 While these documents differ widely in their wording, they espouse common values of truth, accuracy, fairness and the public’s right to information. They disapprove of invasions of privacy, disclosure of confidential sources, discriminatory language, subterfuge, deception, plagiarism and conflicts of interest.

When it comes to assessing the ethics of news coverage of an event as broad in scope as a federal election we find some guidance in such codes but other moral frameworks can add value.

Although I am not a Buddhist, I have recently found value in applying some of that religion’s foundational principles – in a secular way – to the assessment of journalism ethics and have been sharing this approach with colleagues and students through my writing and teaching.

It is also a useful lens through which to review some key elements in media coverage of the 2013 federal election.

The approach centres on the belief that journalists can adopt a mindful approach to their news and commentary which requires a reflection upon the implications of their truth-seeking and truth-telling as a routine part of the process. It calls upon them pause and think carefully about the consequences of their reportage and commentary for the stakeholders involved, including their sources and their audiences.

Truth-seeking and truth-telling are still the primary goal, but only after gauging the resulting social good or harm.

Each of the constituent steps of Buddhism’s Eightfold Path – understanding free of superstition, kindly and truthful speech, right conduct, doing no harm, perseverance, mindfulness and contemplation – provides a framework for such analysis.

Space prohibits the examination of all of them here, but at least three issues arose in the election worthy of such reflection.

The ultimate test of ethical political reporting in a democracy is the extent to which that journalism best informs the citizenry to maximize the value of each and every vote. In that respect, Australian journalism still has much to learn.

2 responses to “Election postscript: a mindful analysis of media coverage”